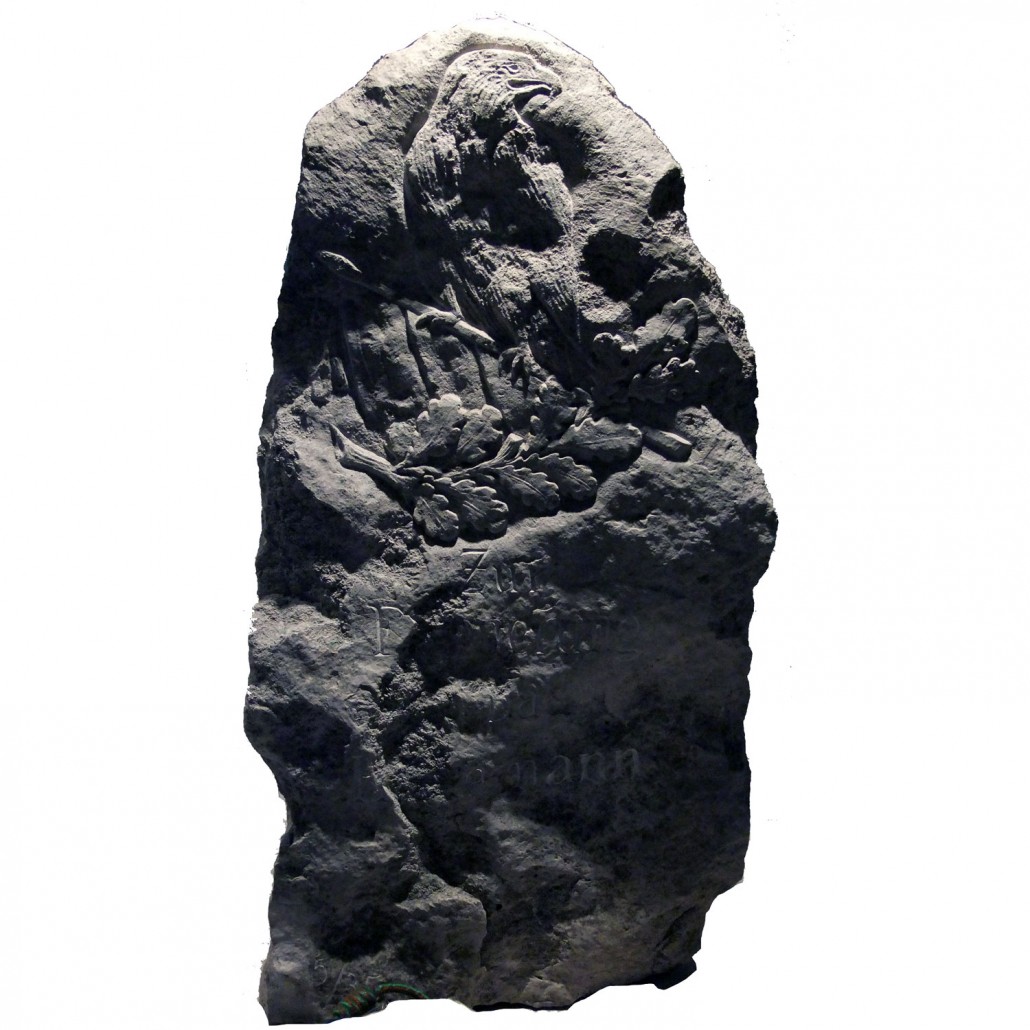 This low relief was carved for the grave of a German soldier. Some 163,000 French soldiers and 143,000 German soldiers died on the hills around Verdun and few of the ones who died on the field of battle could be given a proper burial. Some of the bodies were blown apart by the shells. Others were quickly buried in a shell hole. Having been killed by artillery fire, they were no longer recognisable. Some of the wounded made it back to the dressing stations where they were given first aid but many of them died from their wounds and were buried in the immediate vicinity. Makeshift graveyards were created, like the one in Esnes near Hill 304. German soldiers also described the long lines of graves that they passed on their way to the battlefield. In the rear, in camps close to the Front, soldiers made crosses and carved stones for fallen comrades as a final mark of respect. At the end of the war, there were 365 temporary cemeteries in Meuse, dozens more behind the German lines and hundreds of individual graves scattered right along the Front.

This German gravestone is one of the exhibits in the display on funeral rites.