You are here: Home / Museum/Collections / Visiting the Museum / Iconic Objects / The Ramel diorama 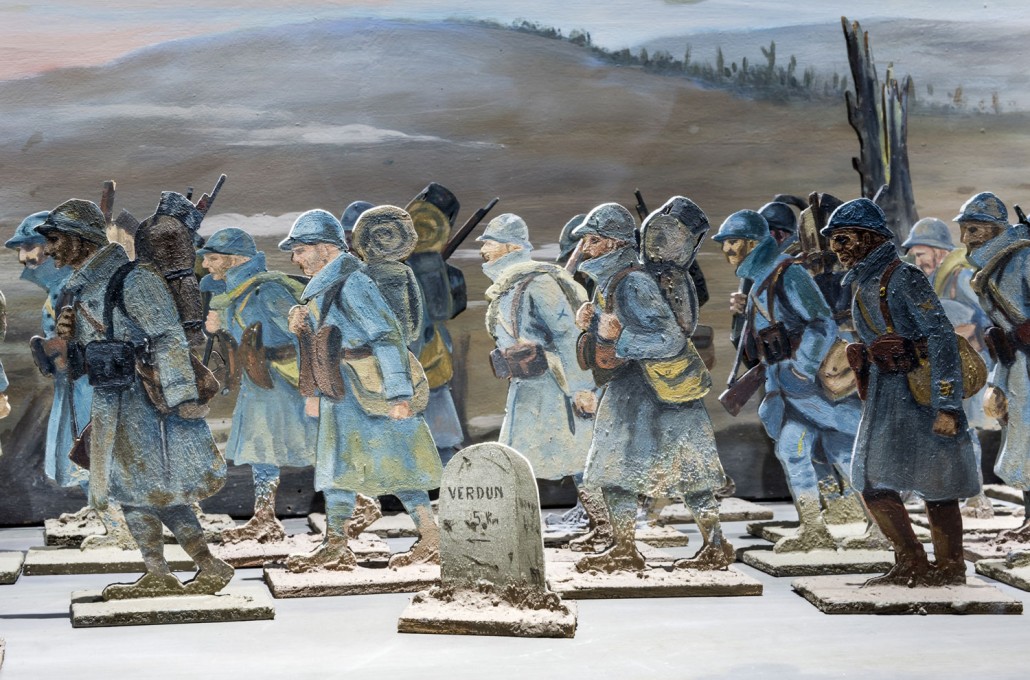 In Verdun, French soldiers knew that they would be on the front line for approximately six to twelve days before being relieved by other troops. They could then move away from the battlefield. This diorama (a scene in 3D) illustrates soldiers being relieved by fresh troops. Some of the soldiers are moving up to the Front while others, exhausted, are moving back to the rear.

There are many accounts of the arrival of relief troops: “The soldiers had to crawl toward the front lines. There were no trenches of any kind here. Just a few shell holes in which they had to make do as best they could. It seemed that this was it. They’d arrived. The men hesitated, trying to get their bearings. Where were the comrades that they were to replace? They felt around in the darkness. Their hands touched nothing but dead bodies.” (Account by Job de Roince, 41st infantry regiment, in Verdun, Jacques Péricard, p. 369)

Visitors to the museum can see this magnificent diorama and listen to the accounts from relief troops in Verdun describing their experience as they “went up” to the front line.