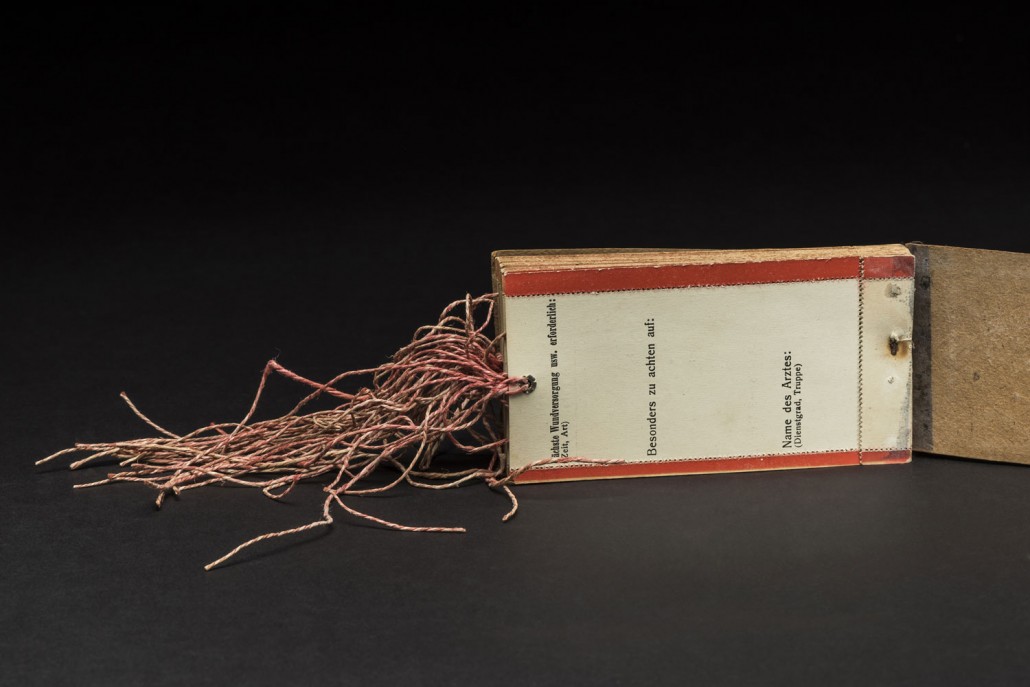 This German triage tag shows how the medical corps was organised at the Front.

Tags were hooked onto the buttons of casualties’ clothing at the first aid post. They varied in colour depending on whether the man was wounded (Wundzettel) or sick (Krankenzettel). They were partly filled in on the battlefield to indicate the patient’s condition, the treatment already given and the need for evacuation. Any man leaving the battlefield without any obvious wound and without a triage tag on one of the buttons of his jacket could be accused of desertion. The tag then stayed with the soldier throughout the evacuation process. A series of triages separated those in need of immediate medical intervention from those who could be taken further away from the Front for treatment.