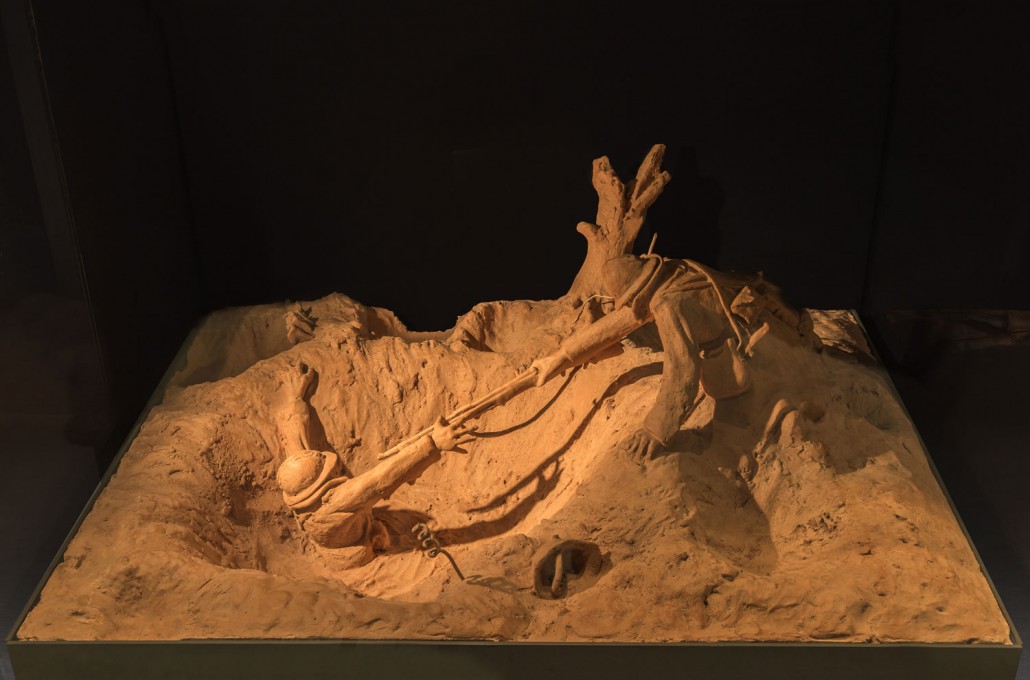 This terracotta sculpture by Alphonse Prévost shows two French soldiers struggling in the mud on the battlefield. One is trying to pull the other out of a pool of mud in which he is bogged down.

Mud was everywhere on the battlefield. The seemingly endless rainfall in 1916, added to the action of the artillery, created mud that never dried out, even in summer.

Many of the soldiers described the mud and the condition of the land: “If you stick your head up above the parapet, you immediately become a target for a sniper in the enemy trench. You have to crouch down on a plinth to avoid sinking into the mud up to your belly or being totally bogged down.” (Eyewitness account by Robert Perreau, Corporal in the 203rd infantry regiment).

Visitors to the museum can see this work in the area underneath the “battlefield”, a claustrophobic space that serves as a reminder of the discomfort of life in the trenches. In an area that highlights the hopes and terrors of the soldiers, the never-ending presence of mud on the battlefield haunted the men, along with their fear of gas attacks, pain and being blown to pieces.