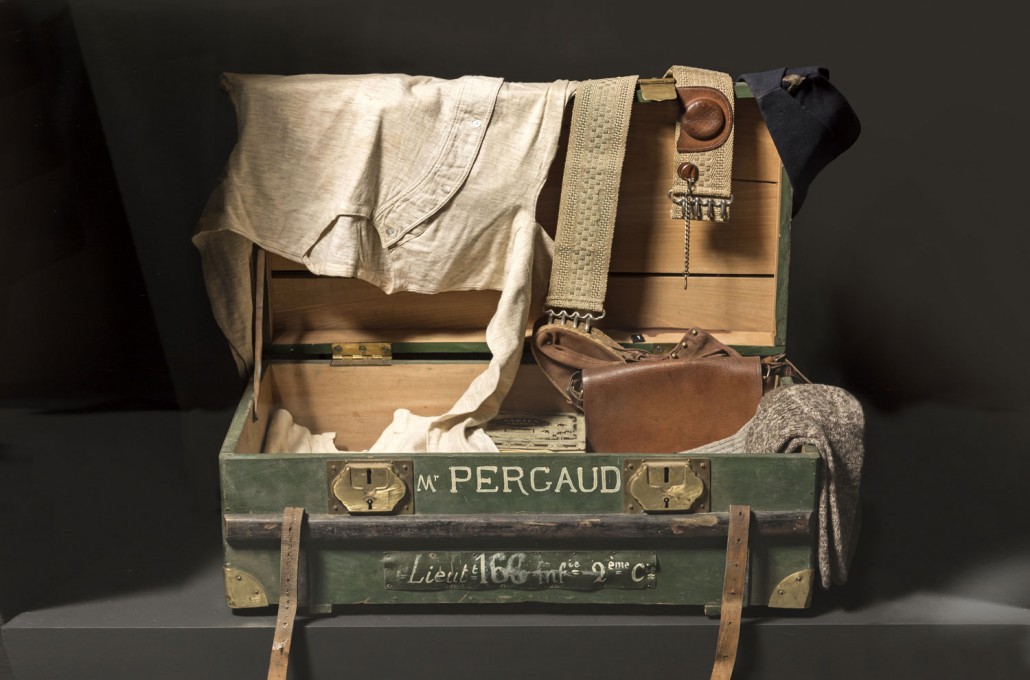 Louis Pergaud (1882-1915) was a primary teacher who became a famous French author. His best-known work, The War of the Buttons, was published in 1912. When war broke out, he was mobilised as an NCO in the 166th infantry regiment of Verdun. Promoted to the rank of lieutenant, he died on 7 April 1915 while fighting on the Woëvre Plain.

The trunk containing his personal effects was sent back to his wife, Delphine, by his regiment. In 2008, the Association of Friends of Louis Pergaud donated it to the Memorial Museum in accordance with the wishes of the writer’s family.

The trunk contains all Louis Pergaud’s personal effects (shoes, pencil, scarf, woollen socks, packet of cigarettes etc.), some sixty items in all. His war diary was also in the trunk; it has recently been republished.

Louis Pergaud’s trunk is displayed on the first floor of the Memorial Museum, with other exhibits linked to family mourning and memories of casualties whose bodies were never found. 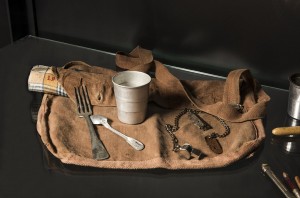 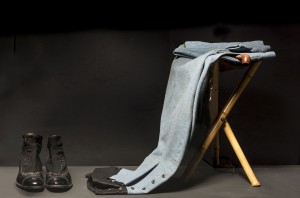