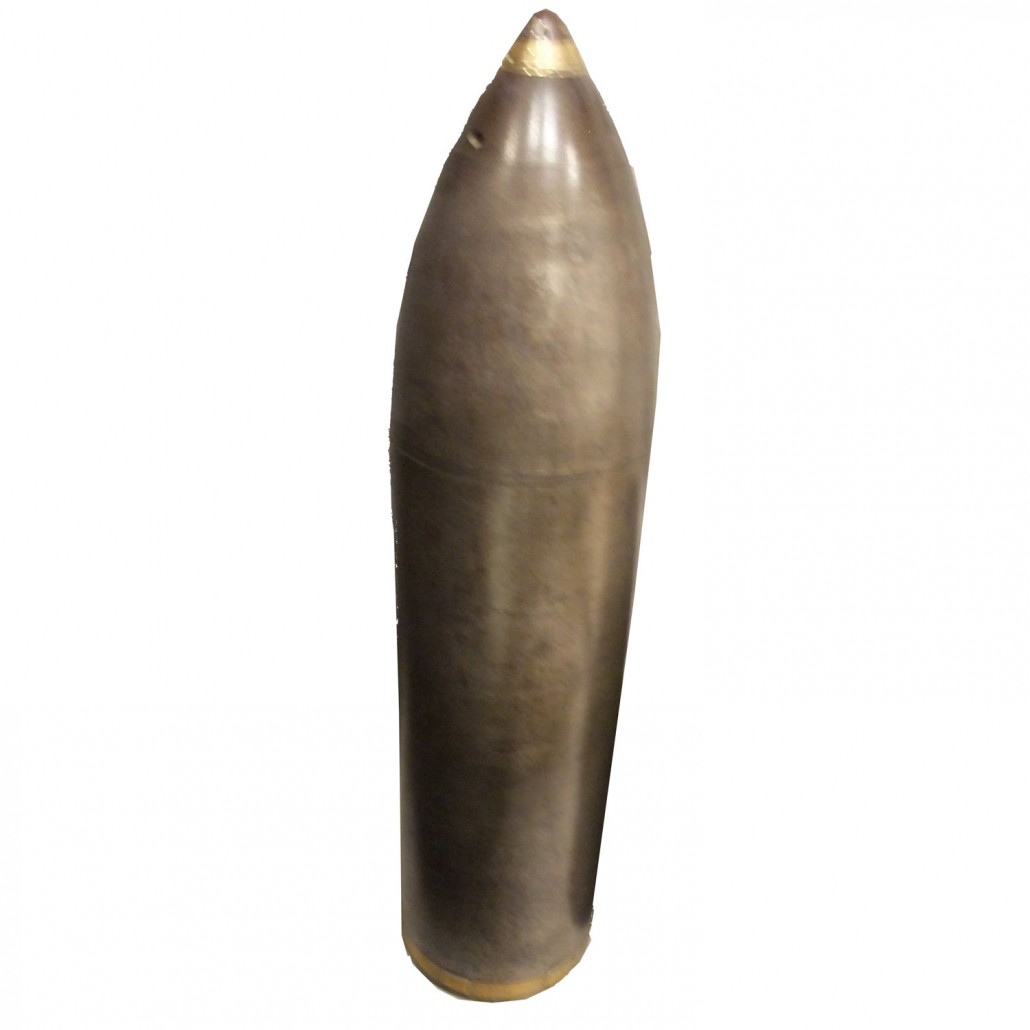 This 25 cm German shell (Minen) and its Z.s.u.m.W.M. (Zünder schwerer und Mittlerer Wurf Mine) fuze were used in Verdun in 1916 and are excellent examples of German trench artillery.

When the Front stagnated at the end of autumn 1914, the German mortars came into their own. The men were holed up in trenches, a short distance from each other. Trench mortars enabled the Germans to lob shells over into enemy trenches. The projectiles were high explosive (HE) shells in a thin metal casing. Although the imperial army had only about one hundred mortars (Minenwerfer) at the beginning of the war, the Germans were able to fire 75.8, 170 or 250 mm shells. Their enemies had none. Light mortars were introduced in 1915 and often used as auxiliary Minenwerfer. The shells were fired at a low initial speed, allowing for the use of munitions with thin casing or high capacity. The mortars could also be used with new types of explosives.

This German shell can be seen at the beginning of the visit.