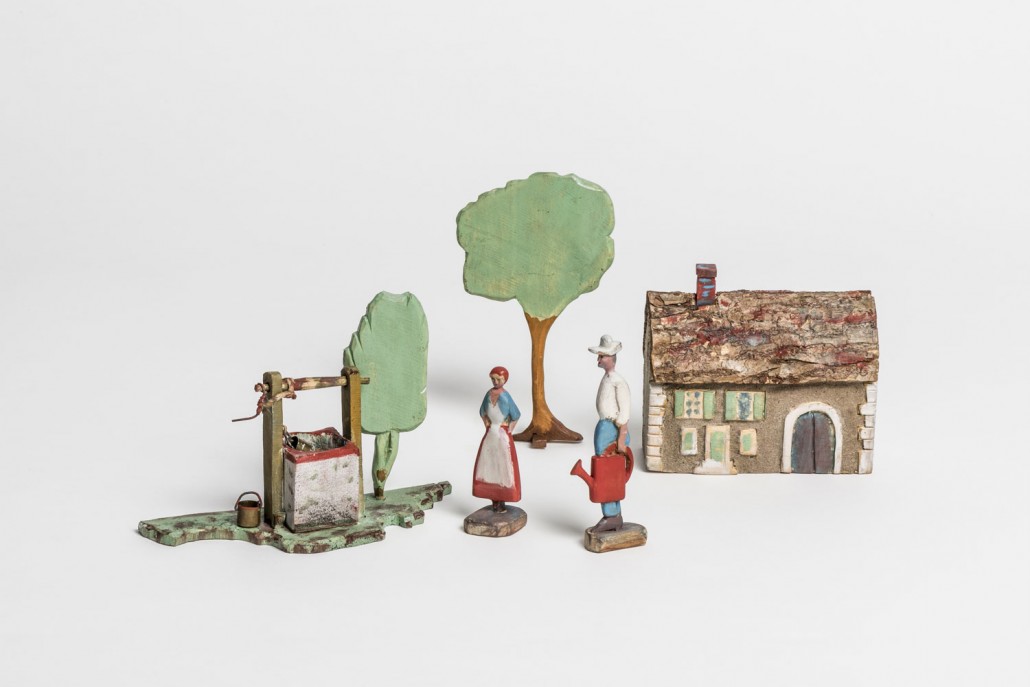 In the exhibition, this set of skilfully carved wooden toys, which show a marked sense of design, is displayed on the first floor with many other items illustrating childhood. This was a world filled with the violence of war yet some of the soldiers still succeeded in expressing tenderness and love, the same tenderness that can be seen in exchanges of letters between soldiers and their young “war godmothers”. 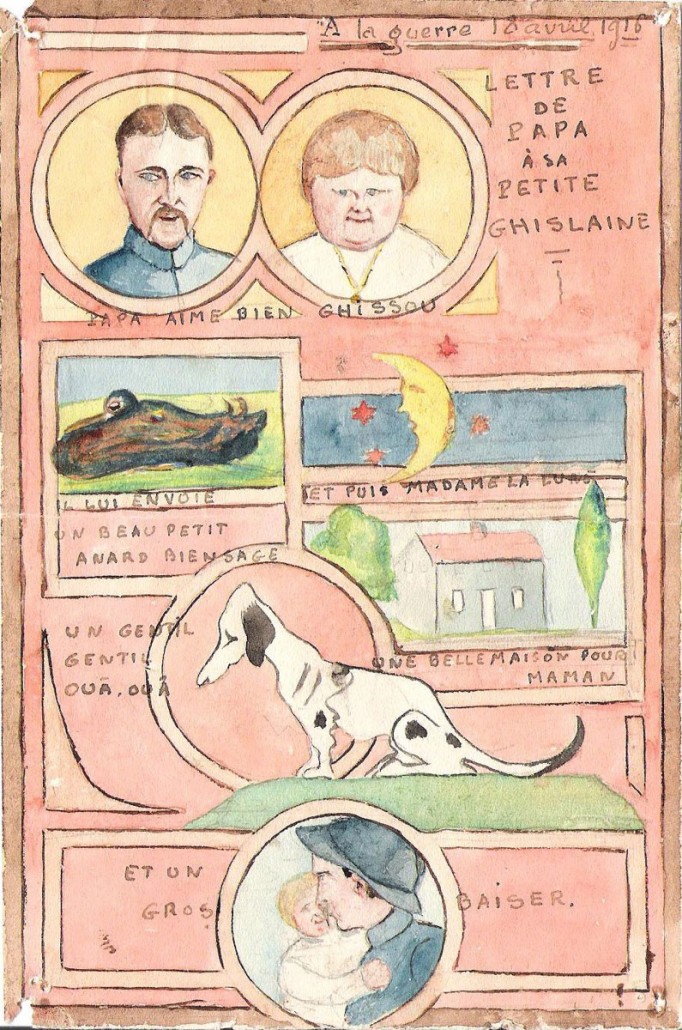