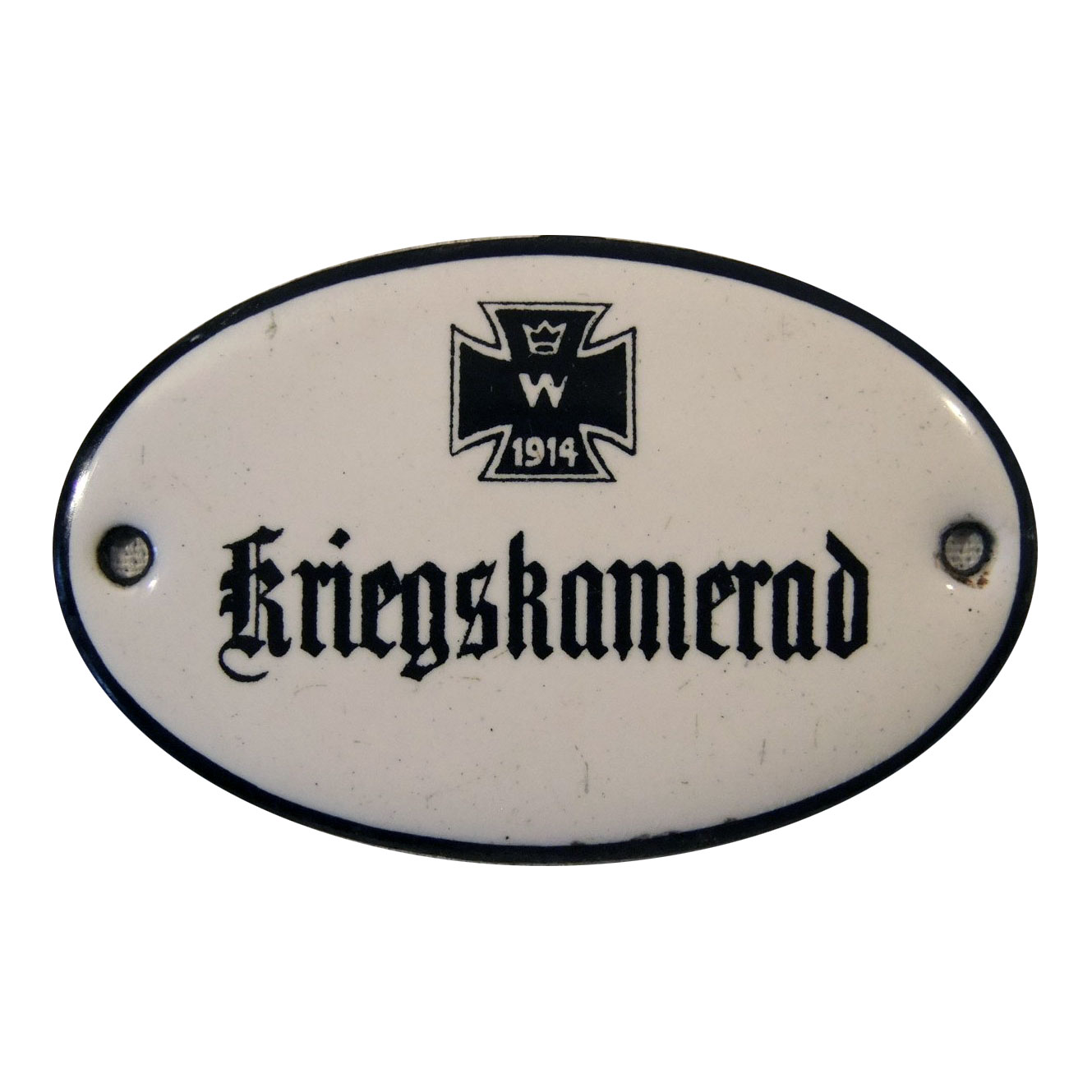 This enamelled plaque was distributed after the war by the Bavarian “German Animal Friend” Association (Der Deutsche Tierfreund) in honour of the horses that served during the war. Tens of thousands of former warhorses received this medal, a reminder of the services they had rendered at the Front and the affection felt for them by some of the soldiers.

In the rear echelons, a blacksmith travelled from one billet to another to provide care for the many horses. In June 1916, the 2nd French Army had 270,000 horses around Verdun! Although the cavalry no longer used them as they had in 1914, horses were essential to move guns and equipment over rough terrain. Other animals also provided assistance to the troops at Verdun – small mules carried food to the trenches, pigeons carried messages and dogs were used as stretcher-bearers or lookouts.

This plaque can be seen on the first floor of the museum, in the section on animals at the Front.