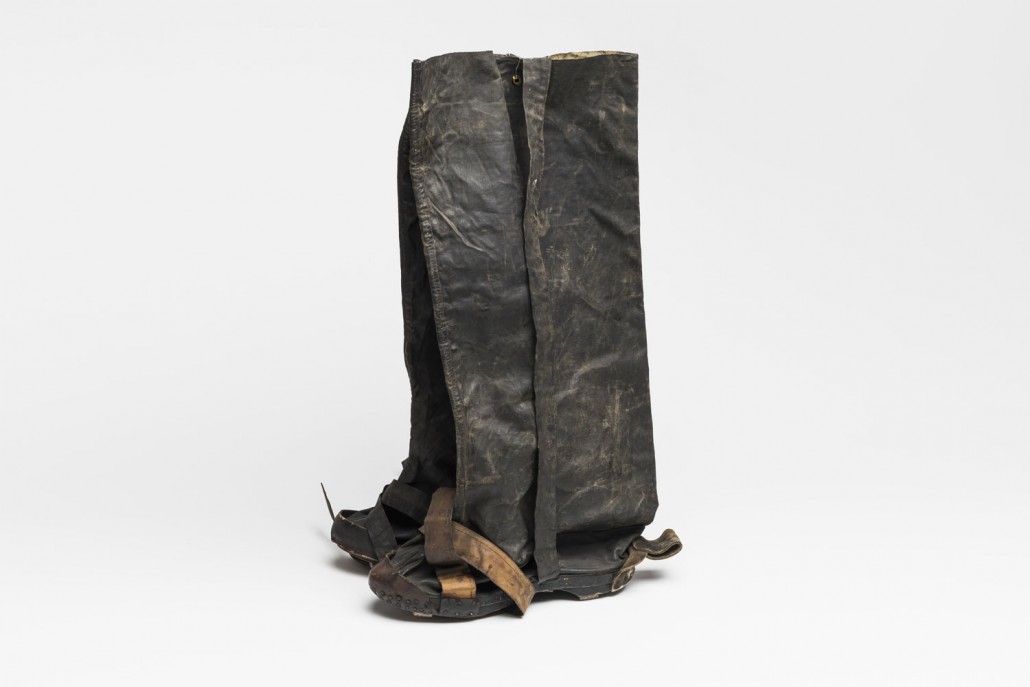 These trench boots illustrate survival on the front line. At Verdun, the land was pounded by artillery and subjected to sustained downpours, even in summer. The soldiers, forced to hunker down in the trenches during the day, used what equipment they could to survive. These boots were home-made but they provided some protection. “Trench foot” was a very common disease among soldiers and it could sometimes lead to amputation.

“GENERAL CAUSES OF TRENCH FOOT
Most cases affect soldiers who have spent some time in the trenches.
There is a 3 to 4-day incubation period but the disease is most obvious after 8 to 10 days. […]
— Cold weather was initially blamed and it does have a role to play but the disease occurred even when the temperature was above zero, and even at the height of summer. August 1917. Flanders Army.
— Poor blood circulation caused by long periods of standing.
— Puttees were blamed because they compressed the calves.
— Prolonged marching.
The main cause, however, is cold damp conditions.”
(Note from Doctor-Major Raymond, Associate Professor at Val-de-Grâce Hospital, 1918)

The boots are displayed on the ground floor, among the items that helped soldiers survive on the front line despite the terrible weather conditions and the violence of the battle.

Orders in the trenches