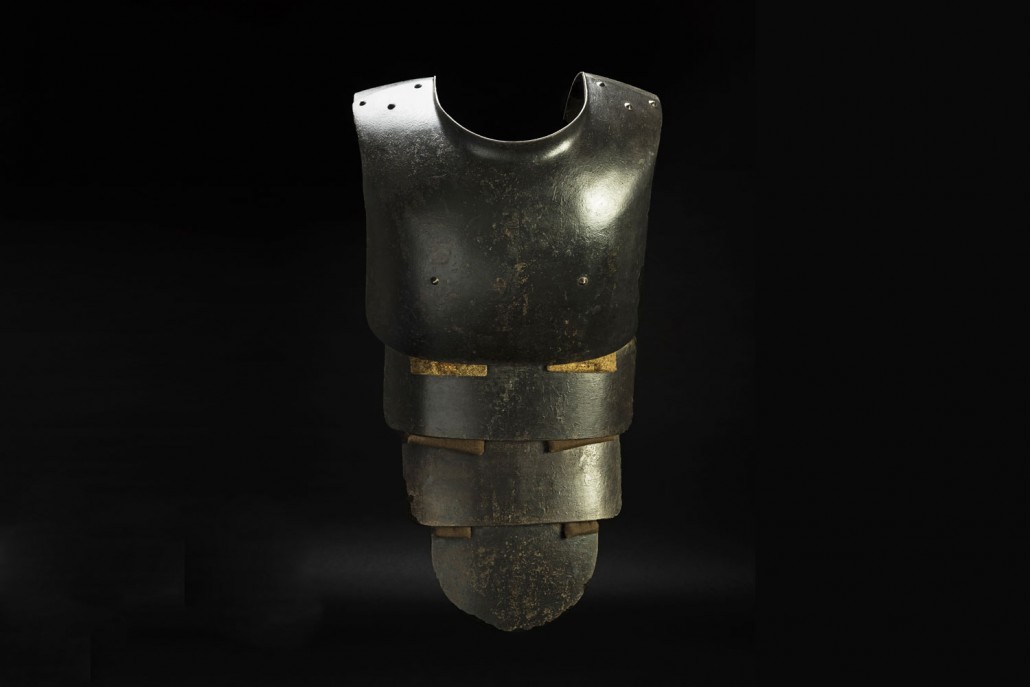 A Sappenpanzer (also known as a Brustpanzer or Grabenpanzer) is a tempered steel breastplate 22 mm thick, weighing an average of 9 to 11 kilos. It is painted in the famous Feldgrau colour. It was first used in battle in 1916, by spotters who were particularly at risk during the war of attrition.

The breastplate had a number of drawbacks. Soldiers wearing them found it difficult to throw grenades or use a rifle and the weight of the plate was a considerable disadvantage. At the end of 1917, a number of changes were made. A backstrap was added, part of the plate was cut away to allow a soldier to shoulder his firearm and hooks were added for heavy loads. At the very least, a belt was added. Between 400,000 and 500,000 breastplates are thought to have been manufactured between 1916 and 1918.

There is a Sappenpanzer among the items used by spotters on the front line.