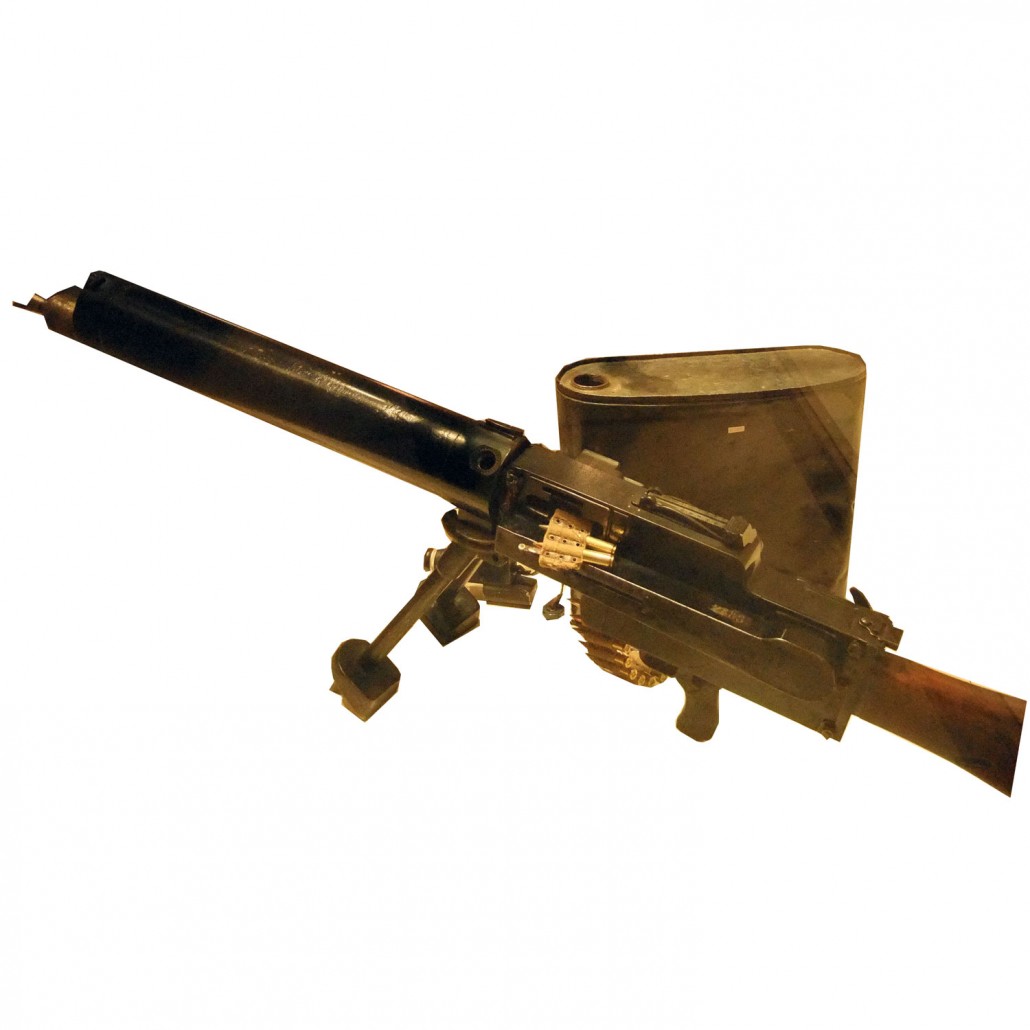 The 1908/1915 model of the German Maxim light machine gun, or MG 08/15, was water-cooled. It was a modified MG08, easier to transport and more mobile than its predecessor. Apart from its relative lightness, its main advantage was that it could be set up by a single gunner.

Production of the new gun began at the end of 1916 and the first guns off the production line were used in the Verdun sector at the end of 1916, probably by the LMG Trupps and a few assault troops or soldiers taking part in offensives.

This machine gun is on the ground floor, near the trench mortars, in the section entitled, “Fighting”.