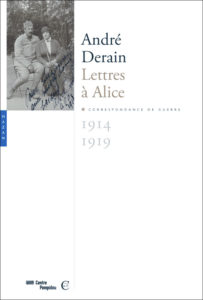 Spanning the period between Derain’s call-up in August 1914 and his demobilisation in March 1919, the “Letters to Alice” show us two voices: the voice of a man, his taste for irony, his bitterness, anger and despair, and also the voice of an artist who, despite the horror and repugnance of the endless war, views it all with a painter’s eye, always on the look-out for a possible subject. The Letters recount the daily life of soldier Derain and his frustration at his separation from the artistic life of Paris. 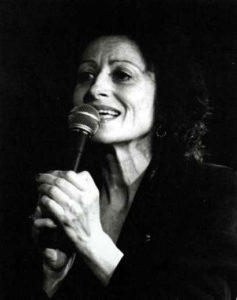 Geneviève Taillade, also called “Javotte”, is the great niece of André Dérain and best known as an actress. She has been in plays by Molière, Shakespeare, Goldoni, Sartre, Ionesco, Brecht, etc., in theatres in Paris, and abroad for the Alliances Françaises. She has also performed as a singer, appearing at the Carcassonne Festival and in Japan. She has also been a dubbing artiste for film and television. She has taught theatre since 2002.

Short-story writer and columnist under various pseudonyms, Olivier Caré is a member and secretary of the André Derain Expert Committee. He has been in charge of the painter’s archives since 2007. At the Matisse Museum in Cateau-Cambrésis, he takes part in readings of the letters sent by Derain to Matisse. He has also hosted cultural broadcasts on radio.