160 years through the lens

Verdun Memorial Museum’s latest temporary exhibition, which is being organised jointly with the Etablissement de Communication et de Production Audiovisuelle de la Défense (ECPAD), will be turning the spotlight on “War Photographers” from 28 April to 1 October 2017.
In line with the new, more person-oriented approach now being implemented at Verdun Memorial Museum, the exhibition considers the men who head for war, camera in hand. Are they silent witnesses whose job is simply to show what they see? What meaning do they give to their search for pictures? 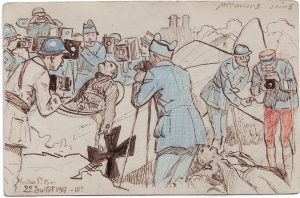 Men have been setting off for battlefields and returning with photographs since the 1850s. This marked the beginning of a desire to document war in a way that was different to the traditional graphics and pictorial representations. These early photographers produced previously unseen images of battle, like fragments of an invisible reality.
Through this exhibition, Verdun Memorial wants to highlight the personality of those who photograph warfare, through profiles of various photojournalists from the origins of war photography to contemporary conflicts.

Their personality is developed chronologically, based on the work of sixteen photographers set against the background of a history of wars spanning the period from the Crimean War (1855) to the present day.
The exhibition emphasises the tension between their identity as an artist, as a witness with a mission or as a player with a cause. Criteria such as fame and media success are pushed to one side. War photographers have a very special relationship with those to whom they are contracted, with the subjects that they photograph and with the people who see their work. Even today, these aspects have an enormous influence on the meaning of their job and the results of their work. Moreover, changes in photographic techniques and cameras put constraints on photographers while opening up a whole range of new possibilities. The profession of war photographer changes from one conflict to the next. 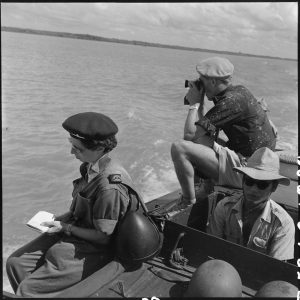 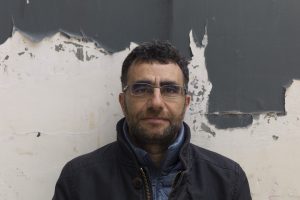 The visit ends with an installation of 24 portraits of contemporary war photographers by film director and photographer Alizé Le Maoult, paying homage to the men and women who report what they have seen. The full face views are taken with a Leica against a background of a plain wall, so that the reporters seem to be staring into the eyes of the visitors.

ECPAD has opened its extensive collection of images and photographic equipment. Other institutions such as the French Archives Nationales, the Fondation Gilles Caron, the Harry Ransom Center (Texas), the International Center of Photography (New York), the Musée français de la Photographie (Bièvres), the Musée Lucien Prévost (Graçay), the Service Historique de la Défense etc. are supporting the event by loans.

An infantryman’s view: French and German soldiers in the hell that was...