Home / Events / Concert / An end to the war, homage and posterity

You are here: Home / Events / An end to the war, homage and posterity

Françoise Masset and Anne Le Bozec, at the concert Verdun, feuillets de guerre, marking the re-opening of the Memorial on 21 February 2016. © Jean-Marie Mangeot

This programme presents a musical and literary account of the years of the First World War, in all its facets and with all its losses. It pays homage to the soldiers who fought and died for their country, to the families who mourned their dead – the wives, children, the old people and those left behind – to the young artists, poets and musicians who paid for this war with their lives and whose works are a gauge of the success they might have had. It is moving to discover what the poets and musicians created when they were at the front. For them, art was a means of escape, a refuge, a consolation, an urgent and essential need. Composers also have the opportunity to put to music the poems of these young men who died in battle, so giving them a voice and a kind of immortality.

This event is part of the European Heritage Days 2018. 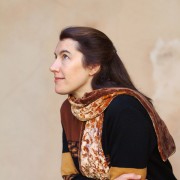 Françoise Masset received her musical, vocal and university training at the National Conservatoires in Douai and Paris, at the Baroque Music Centre in Versailles and at the Sorbonne. On stage, in concert and in recordings, she covers a diverse repertoire, ranging from baroque to contemporary. Her roles, the shows she has designed and the works she has created (including Médée by Michèle Reverdy at Lyon Opera House), testify to her curiosity and her taste for musical encounters. Recitals (with piano, organ, harp, guitar, theorbo and lute) and chamber music are the fields she is particularly drawn to. In 2010, she was awarded an Orphée d’Or by the Académie du disque lyrique for the best vocal performance for the album Les Compositeurs de Marceline Desbordes- Valmore recorded with the pianist Nicolas Stavy.
The critic Ivan Alexandre hailed her as “one of our rare modern singers who knows where to place the tonic accent and the pathetic accent, whether in Lully’s Isis or in a song by Kosma”. 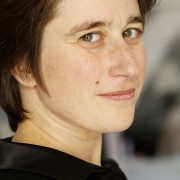 Anne Le Bozec has won three first prizes in piano (T. Paraskivesco), chamber music (D. Walter) and vocal accompaniment (A. Grappotte) at the Paris Conservatoire and the Konzertexamen de Lied in Karlsruhe and has received awards in numerous international competitions. During her studies she crossed paths with numerous musicians who have been defining influences: Mitsuko Shirai, Hartmut Höll, Leonard Hokanson, Tabea Zimmermann and Dietrich Fischer-Dieskau. She has performed with singers Marc Mauillon, Sabine Devieilhe, Isabelle Druet, Sunhae Im, Didier Henry, Olivia Hughes, Sandrine Tilly, Alain Meunier, the Navarra String Quartet, and has played in venues ranging from intimate venues to some of the world’s top concert halls, including Cité de la Musique, Salle Pleyel, Opéra Bastille, the Rheingau Musik Festival, the MusikvereinWien, Concertgebouw Amsterdam, Palau de la Musica Barcelona, Seoul Art Centre and KumHo Art Hall. Her recordings of albums dedicated to Lied (Schubert, Wolf, Duparc, Szymanowski, Chopin, Brahms) have been critically acclaimed. For five years she was director of the only German class on French melody at the Karlsruhe Hochschule and is currently professor of vocal accompaniment at the Paris Conservatoire (CNSMD) 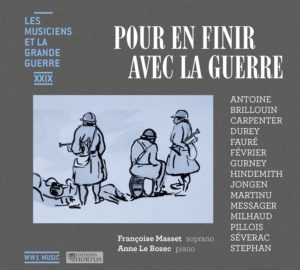