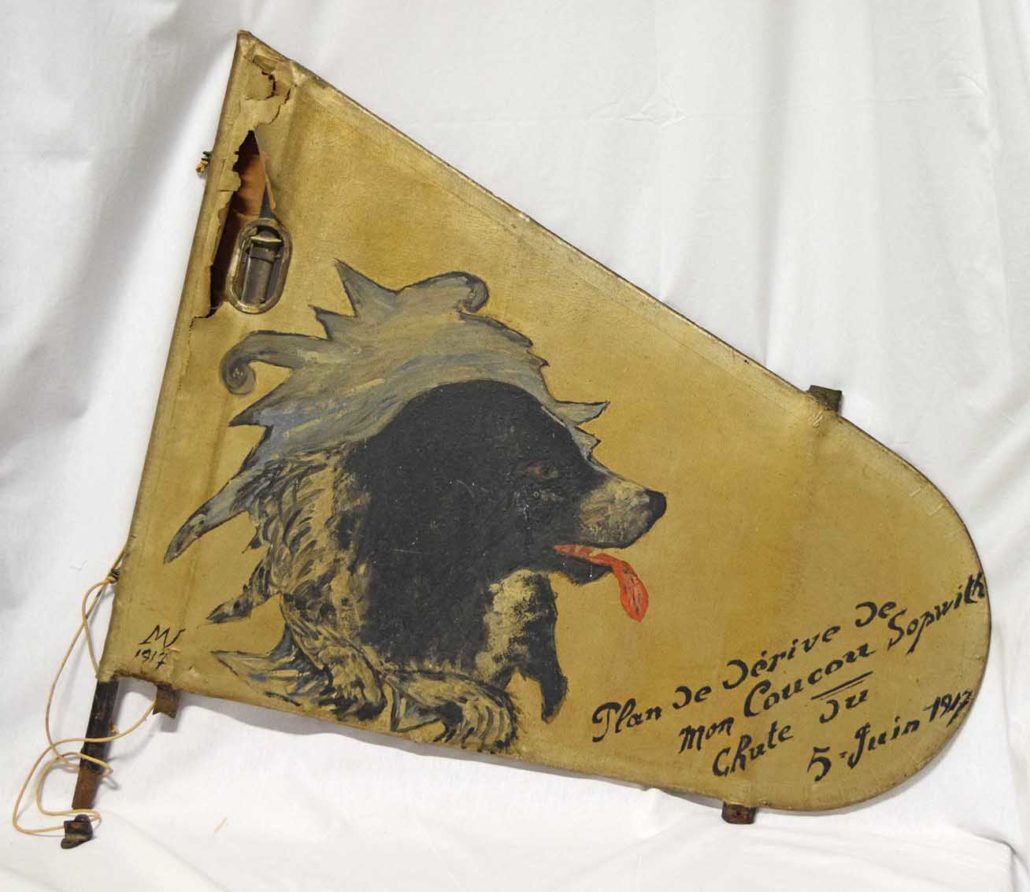 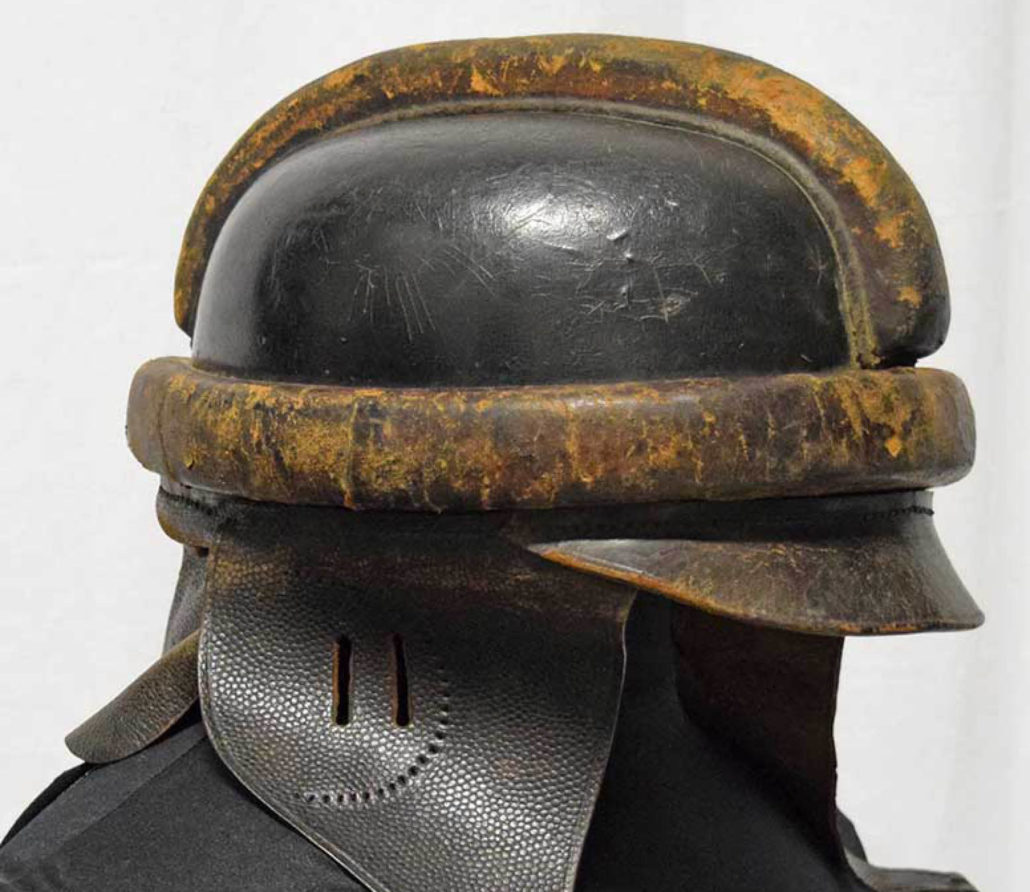 At the start of the battle of Verdun, the German aviation lined up a fleet of about 150 aircraft, the vast majority of which were Aviatik, Albatros, LVG and Rumpler two-seaters. There were only about thirty Fokker Eindecker monoplane fighters. On the launch of the offensive, the strategy adopted by the general staff of the 5. Armee was to establish a veritable aerial barrage (Luftsperre) above the battlefield to prevent the French aircraft from flying overhead. Flying in pairs at different altitudes, the crews of the two-seaters – consisting of an Emil and a Franz, the nicknames given to the pilots and navigators – criss-crossed the skies scouring the surroundings before swooping down on the enemy. Further back, the Fokkers were on hand to intercept any French planes that managed to get through the barrage. With just 60 or so aircraft, the French Aeronautical Service, was totally outclassed during the first weeks of the battle.

In the spring of 1916, the German aviation was at full strength with nearly 250 aircraft flying over the Hauts de Meuse. But the French had by then closed the gap with the arrival of new squadrons and their best pilots bringing their fleet up to 260 aeroplanes. Furthermore, they adopted an effective new tactic: the development of formations of four and then six fighter planes, which gave them the upper hand. Spurred on by the fighter ace Oswald Boelcke, the German aeronautical service tried to face up to this threat by also grouping its Fokker fighter planes together in distinct units: the Kampfeinsitzer Kommando (KEK) (single-seater fighter commandos). Boelcke led the one based in Sivry-sur-Meuse. The KEK Sivry then became a significant squadron comprising six fighter planes. But, by the summer, the German aviation had definitively been put on the defensive.

Proof of their newly acquired superiority, the French aviators had won 85 confirmed victories to the German’s 36 between 21st February and 1st July 1916. The Germans drew their conclusions from this, re-organising their fighter wing and placing it under the command of Boelcke, allowing them to take back the initiative in the autumn on another front, that of the Somme. 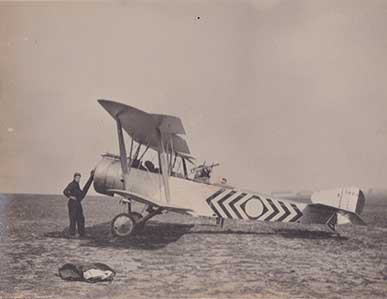 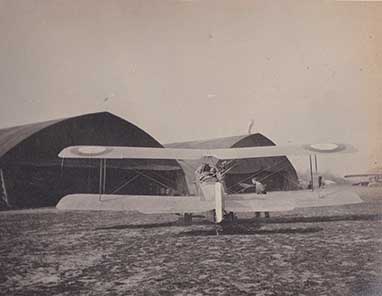 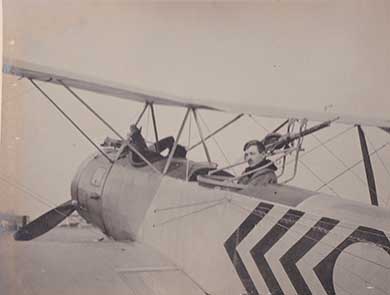 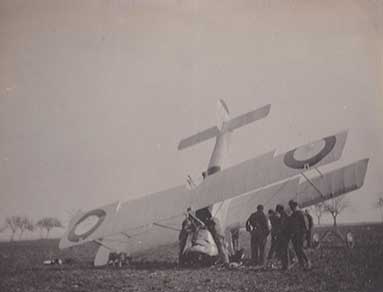 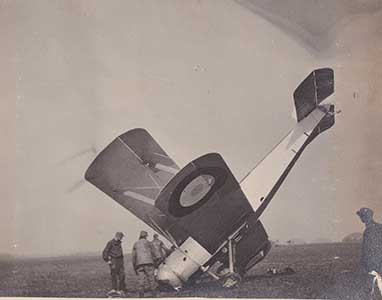 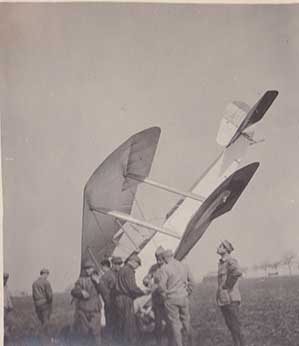 Aviation at the Verdun Memorial

There is a section located on the first floor of the tour around the Verdun Memorial dedicated to the important role played by aviation during the battle of Verdun, where the first aerial battle of the First World War took place. Suspended above the central screen, two planes confront each other in a dogfight. These full-scale models of a Fokker E III Eindecker, 1916 model, and a Nieuport, nicknamed the “Bébé Nieuport”, 1916 model, were made and donated to the Verdun Memorial by Jean Salis, a war veteran. 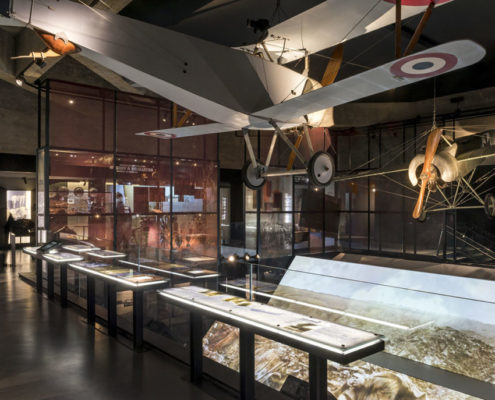 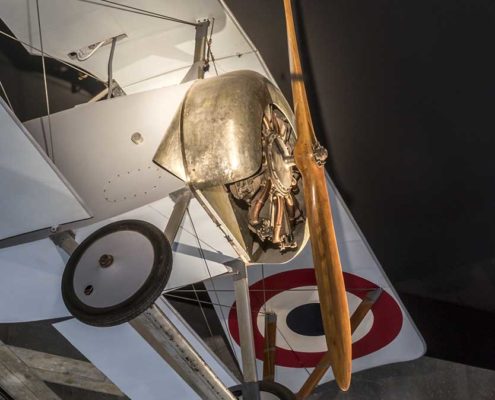 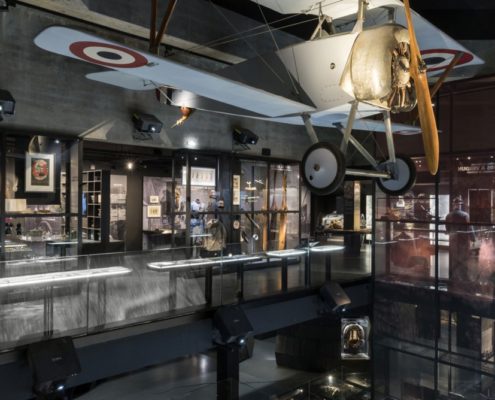 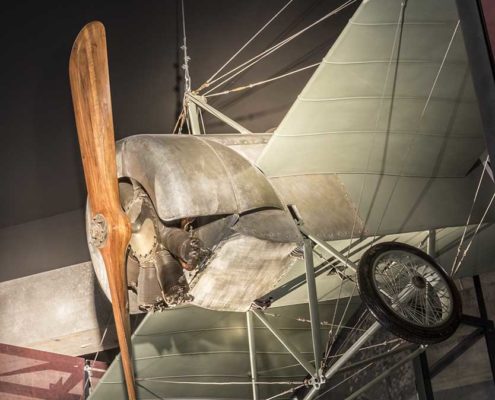