You are here: Home / Museum/Collections / Visiting the Museum / Virtual reality

A unique experience, the discovery of the Verdun Battlefield.

On the top floor, facing the panoramic view of the landscape, the visitors will be able to explore the battlefield from an unusual perspective before, during and after the fighting, thanks to a virtual reality headset.

Thanks to this 360-degree immersion, the visitors will find themselves at the centre of the landscape such as it was more than 100 years ago, and as the images unfold, they will be able to follow the changing landscape, the witness of fierce fighting during the battle.

From an observation balloon, the visitor will see how the Verdun battlefield changed during three periods: in August 1914 just a few days after the order for general mobilisation was given, the 23 October 1916, and then in the 1920s at the time of the construction of the Douaumont Ossuary.

In the first sequences, the visitor will be able to wander through the countryside as it might have been in the early 20th century: a landscape marked by the military imprint of the fortifications.

Then, as the images go by, the visitor will be plunged into the hell that was the shelling of the Battle of Verdun during the autumn of 1916, and immersed in a devastated lunar landscape, ruined villages, the shattered and burnt forests.

And to bring this journey through time to an end, the visitor will witness the monumentalisation that took place on the Verdun battlefield after the First World War in the 1920s, of which the construction of the Douaumont Ossuary, in the middle of a landscape left to run wild, is the most symbolic.

The programming for this virtual reality application is based on a 3D modelling process and animations with sound that give a human face to these three episodes in the history of the Verdun battlefield.

As an addition and extension to the Verdun Memorial these virtual reality devices offer an overall interpretation of the Verdun battlefield and of its evolution over time.

Bathed in light, the top floor of the Verdun Memorial opens on to the surrounding scenery thanks to the terraces allowing the visitors to discover the panorama.

The use of the virtual reality headsets is included with the museum’s admission ticket, so they can be used by all the visitors to the Verdun Memorial. To guarantee everyone’s safety, the headsets are always disinfected after being used.

Nearby, there are interactive Lidar multimedia terminals presenting contemporary aerial views revealing the traces of war in the landscape, hidden by the forest today. 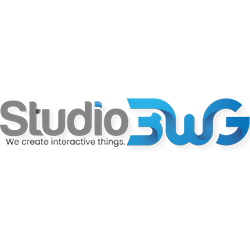 Founded in 2009 by Jimmy FISCHER in Altwies, Luxembourg, Studio 3WG is a major player in the creation and development of interactive media going from games for smartphones, to virtual reality experiments, and including interactive installations.

After having first of all made its mark in the areas of video games and industry, Studio 3WG decided to place its know-how at the service of our Heritage. By proposing projects designed for unique sites, it acts to “bring History to life” and thus leave the visitors with an unforgettable memory. Studio 3WG’s work as a whole is always related to entertainment, cultural transmission and/or education, using interactive media.