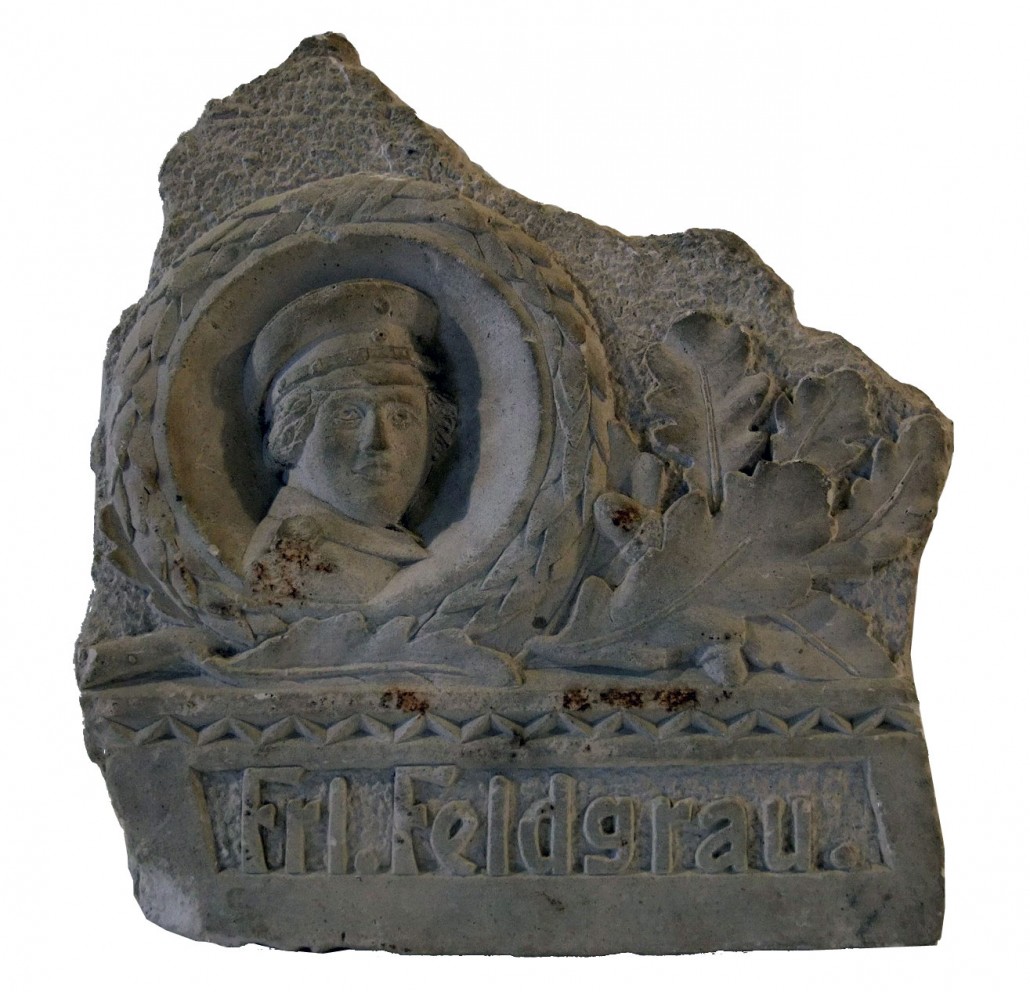 Trench art was not as common among German soldiers as it was among the French because the Germans were not permitted to recover metal for their own use. Instead, it was collected for recycling. Arts and crafts, however, were as popular among German soldiers as they were among French troops. In civilian life, many of the soldiers had worked in a trade and developed a range of talents that they used to pass the time and forget their anxiety.

This low relief shows a female figure in uniform. She probably represents an ideal of womanhood, the woman who was constantly in the soldiers’ thoughts yet was so far from the Front.

Families experienced long periods of separation and leave was rare. Letters were the only link between the all-male world at the Front and family or friends at home. Soldiers’ letters expressed their affection and their desire to be back again with the woman they loved, often in very shy, modest terms.